Sambo is a martial art and combat sport with over 100 years of history, which is practiced now in more than 100 countries of the world. The name is an acronym that literally means “self-defense without weapons”. Sambo has strong roots in ancient ju-jitsu, but merges the most effective techniques of many other national combat and wrestling styles and martial arts.

Sambo is a martial art and combat sport with over 100 years of history, which is practiced now in more than 100 countries of the world. The name is an acronym that literally means “self-defense without weapons”. Sambo has strong roots in ancient ju-jitsu, but merges the most effective techniques of many other national combat and wrestling styles and martial arts.

There are two types of SAMBO – sport and combat. Copyrights for both belong to countries of the former Soviet Union , where it was linked to the military training in the early days, but over the decades SAMBO became a truly international sport. The Sport Sambo will make its first appearance as an Olympic sport in the 1st European Olympic Games in 2015, while Combat Sambo continues to provide the major source of skills for mixed martial arts adepts and is still to find its own way to go professional.  Sport Sambo has found an enthusiastic place in civilian life teaching respect, honour and discipline, particularly with presenting its integral part the art of safe falling as one of its social responsibility programmes.

SAMBO is a combat discipline where the main objective is to get your opponent out of balance and force or throw him to the ground. In many ways, SAMBO resembles its sister sports, judo and wrestling, where the winner is also declared by the superior margin of points earned on the basis of the quality of the attacking actions. However, there are a few significant differences in the uniforms, the gripping and throwing repertoires, and additionally, SAMBO contains almost endless possibilities of forcing an opponent into submission with arm or leg bars. This brings one to a key differentiator of Sambo compared to most other martial arts – it can be seen as “total combat”: standing combat seamlessly flows into groundwork, and vice versa. There are minimal breaks during a 5 minutes, no-compromise, fight. Referees do not interfere unnecessarily; they are in place to assure the rules are followed, but not to over-regulate the contest.

For those well exposed to the history of this martial art, SAMBO could be regarded as a hard version of the ancient ju-jitsu, while JUDO shall stay its the lightest one. In the late 1890s Dr. Jigoro Kano founded Judo (the gentle way) as a means of recreation. He did this by drastically reducing the ju-jitsu technical syllabus and carefully selecting the remaining techniques and drills on the basis of their minimal injury potential. As a matter of fact, most of the ju-jitsu wrist, elbow, shoulder, hip, knee and ankle locks did not make the judo syllabus at all, as they were considered to carry a significant risk of injury, and therefore were considered unsafe and inappropriate to be practiced by the majority of people. It is worth mentioning that the very first Judo syllabus (Go Kyo) included just 15 throws (5 sets of 3), and only a few decades later was it extended up to 40.

SAMBO architects took the opposite approach, they put a lot of thought into setting of the strict regulations on how to apply such an array of the arm and leg locks during the free practice and competitions, and went further to extend the traditional jujitsu syllabus and include a series of most effective throws and takedowns from the many other national wrestling styles and martial arts.

The recent changes in the IJF Judo rules (particularly, prohibiting any gripping of the opponent below the belt due course of an attack) draw the most distinctive line between SAMBO and Judo. Some say, SAMBO is a combat sport where almost “everything goes” , whereas Judo reverted to the combat art where most of the application of many of attacking techniques are “heavily regulated”.

Sport SAMBO once was a part of Pan-American Games in 1983 in Caracas (Venezuela), but was dropped out from the following Games . Nowadays, it will re-appear at the 1st European Olympic Games 2015 in Baku (Azerbaijan) , with the 2nd appearance to happen in the Asian Games 2017.

As the matter of fact, first there was a Combat Sambo…   In 1906, Vasily Oshchepkov, a 14 year old Russian refugee orphan, appeared in Tokyo and joined the Judo school of Jigaro Kano (Kodokan). Vasily qualified as a black belt within five years and was awarded his belt by the master himself. As such, he became one of the only four Europeans to achieve this high recognition. A few years later, Vasily was recruited by the Russian government and tasked to create the most advanced combat system possible for use by the military in hand-to-hand combat.

Vasily set to work with his counterparts, to include a jujitsu specialist A. Spiridonov, and their endeavours gave rise to Sport Sambo and Combat Sambo in parallel  – a fascinating blend of striking and submission techniques from all known sources including boxing, muyai thai, and karate as well as all types of wrestling. These encompassed all relevant wrestling techniques, but especially those honouring the heritage of the countries of the former Russian Empire. Formalised in the 1920s in the Soviet Union, Combat Sambo was classified for years and was purely employed by Soviet special forces and select army regiments.

The fall of the Soviet Union saw the declassification of Combat Sambo in early 1990s. The public was finally able to see the full array of techniques and disciplines that had previously only existed in rumour and folklore and martial arts fanatics devoured any and all information that was released.

This explosive “birth” of a total combat sport coincided with the introduction and huge growth in popularity of the new concept of full-contact-all-mixed-martial-arts competitions, as showcased by Rings, Pride, UFC, StrikeForce, MMA and Bellator amongst others.

SAMBO was tailor made for this form of “anything goes” combat and it was almost inevitable that a big pool of world-class Sambo athletes would join these combat platforms and dominate as unrivalled Champions with Volk Khan, Sergey Kopilov, Nikolay Zuev, Oleg Taktarov and of course, Fedor Emelyanenko being just a few of the many.

Unsurprisingly, many of the previous “total combat champions” rapidly turned to SAMBO training and methods in an attempt to retain their dominance. Previously, expertise in one martial art could be skillfully deployed to gain victory over your opponent, given the right opportunity. But suddenly, with the wide ranging striking, grappling and wresting skills displayed by SAMBO experts, no other fighter was safe on his feet or on the ground.

By the late 1990s, Combat Sambo had finally arrived in the public arena, and was now fully establishing itself. There were a few experiments with the uniforms, protection, rules and regulations, and after successful trials in a few tournaments in 1996 and 1997 in Moscow, there was the establishment of regular National, Continental and World Championships for both Sport and Combat SAMBO since 2002.   Fedor Emelyanenko remains the unrivalled multiple Combat Sambo World Champion, who proved the efficiency of the Sambo skills on the various fighting platforms as Pride, UFC and MMA. 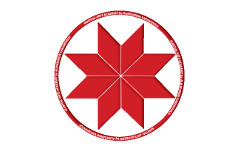